Motor Factor chain, Top Part hosted a fundraiser for the Irish Cancer Society across its 17 stores on July 10.

Top Part donated 50 cent on every invoice generated on the day and €5 for every member of staff working on the day, while all its delivery vans carried fundraising buckets. Two Top Part employees, brothers, Tommy and Kevin Doherty volunteered to shave their heads and beards in aid of the Irish Cancer Society. 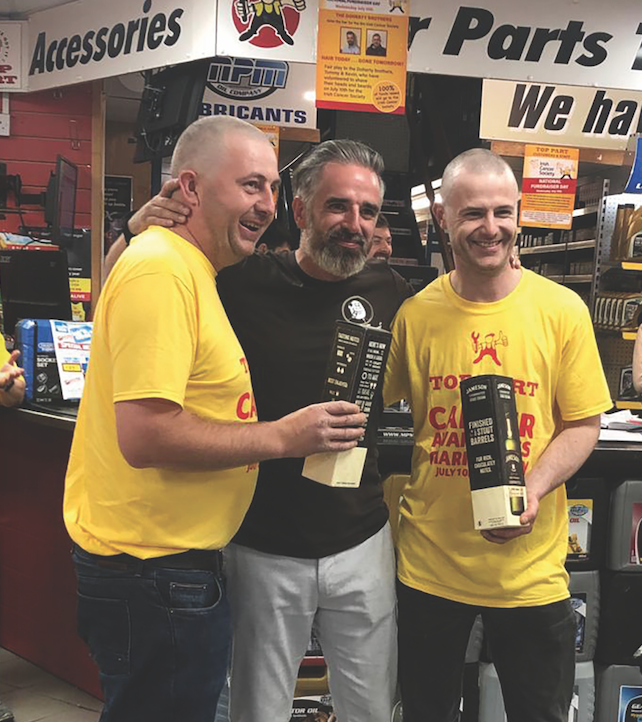 Today in Ireland it would be rare to find someone that has not in some way been touched by cancer. It may have been a personal experience, a loved one, a family member, a friend or neighbour who has had to face a cancer diagnosis. People experience many different thoughts and feelings when faced with the dreaded diagnosis – upset, shock, anxiety, anger, guilty or total helplessness.

However there is hope and always the possibility of new treatments becoming available.

Cancer survival rates have doubled over the past 40 years due to the advances being made in research. Research has led to discoveries in improved treatments for many different cancers types including; breast, colorectal, prostate, leukaemia, oesophageal, ovarian, and lung among others. With these thoughts in mind the Top Part directors and management team decided to do something different as the affect of cancer has been at the heart of both its staff and customers over recent years.

At a management meeting earlier this year a lot of ideas and suggestions from the team were floated on how they could make a difference. The final decision was a Cancer Fundraiser Day to be held on July 10, with proceeds going to the Irish Cancer Society.

All of the Top Part customers, Top Part staff, the West Coast Rally Championship team, and the general public contributed and supported the event. At the end of the day a final figure of €20,000.00 was raised. 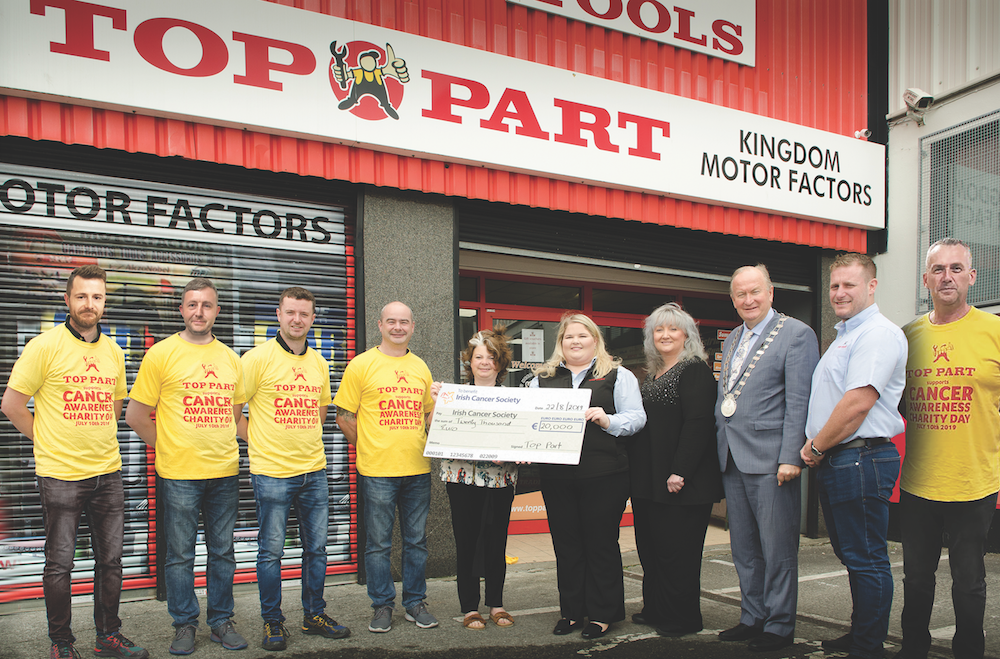 When speaking to Donie Dillane, Top Part MD, he was quick to point out, it was a team effort and heart warming to see such a spirit of positivity and hope directed towards a very worthwhile cause. On behalf of Top Part he thanked everyone involved for their dedication, generosity and time.

There was special thanks to the Doherty brothers, Tommy and Kevin, who kick-started the initiative, once the day was announced, by volunteering to have their heads shaved.

Local barber, John from Fat Tony’s Barbers executed the “close shave” on the day with great sense of panache and drama.