Skip to content
HomeNewsThe auto aftermarket and the potential for disruption

Three major challenges in the automotive aftermarket have the potential to cause disruption, emphasises Frank Schlehuber, Senior Consultant Market Affairs for the European Association of Automotive Suppliers CLEPA. And they all affect the aftermarket as much as they do the manufacturers. 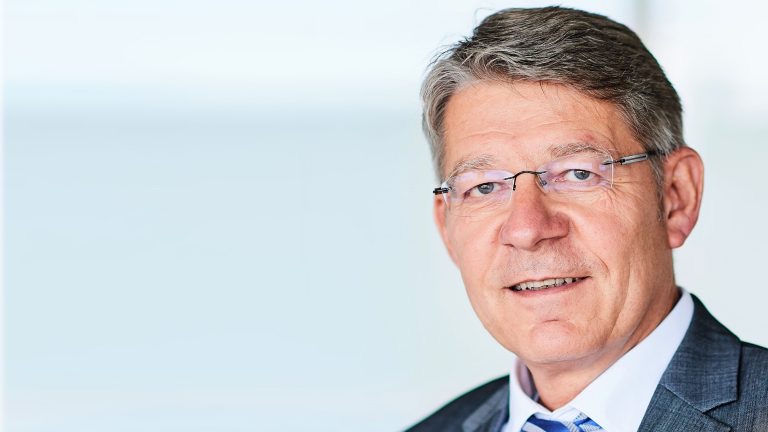 Frank Schlehuber sees not only challenges, but also opportunities in the current developments on the aftermarket (photo: CLEPA)

Q – Who still needs a cylinder head or an exhaust in the age of the electric car?

FS – The industry is still heavily dependent on the combustion engine, but this will change over the coming years, initially in the original equipment sector and, with some delay, in the aftermarket. However, the effects will depend heavily on the speed and extent to which the electric car gains acceptance among consumers. But the powertrain is just one of three hot topics. We also have autonomous driving and connectivity. These are the three major challenges that are now affecting suppliers and vehicle manufacturers simultaneously – and all three have the potential to disrupt.

Q – And the climate targets?

FS – The policy has been very clear. The goal of reducing CO2 emissions from passenger cars and light commercial vehicles by 37.5 per cent by 2030 and the classification of electric vehicles as zero emission vehicles have led us to move towards electric mobility. VW is leading the way, while others are more cautious and not relying on just one technology. For suppliers, this means that many components will no longer be produced in their current volumes, and new ones will be added.

Q – What will happen then?

FS – Suppliers are in the process of realigning their portfolio and organisations. Massive investments are being made in new technologies, but we are observing increased activities with regard to market consolidation and acquisitions, as well as companies repositioning themselves. Examples include Continental and Delphi/Aptiv, who are taking over smaller players and have set up separate powertrain divisions.

However, consolidation is also taking place on the vehicle manufacturer side, the latest example being the takeover of Fiat Chrysler and previously Opel by PSA. Suppliers are thus facing other, much larger buyers who will increasingly bundle volumes and purchase centrally. At the same time, vehicle manufacturers are reducing engine/transmission variants due to the high cost of WLTP certification. So in a shrinking market for combustion engines, the number of components is now also being reduced, but there is a demand for higher quantities. This will be reflected in the pressure on prices and will lead to job cuts due to the decreasing overall demand for components over the long term. Suppliers have already announced this in press releases.

Q – In China there is a paradigm shift away from electric mobility. Does this open up discussions elsewhere?

FS – Suppliers are all about openness to technology, no question about that. As varied as the possibilities for using motor vehicles are, we also see opportunities for alternative technologies, from gas engines to synthetic fuels and hydrogen fuel cells. Although the latter is currently not the focus of policymakers, it could certainly be a solution for some applications, provided that the electricity for producing the hydrogen or synthetic fuels comes from renewable energies. Although the conversion of solar and wind power into fuels or hydrogen has a lower overall efficiency, it solves the range problem and offers the possibility of storing electrical energy at the place of origin.

We would like politicians to adopt a clear Well-To-Wheel approach and a lifecycle approach rather than just a Tank-to-Wheel approach, which has led to the favouring of electromobility and excludes the issue of energy generation. In the regular surveys we carry out for our members, betting on the wrong technology is clearly a concern.

Q – The topics we are talking about have one thing in common: they demand extremely high expenditure when it comes to research and development. How can smaller suppliers keep up in this respect?

FS – We’re currently making adjustments on all fronts in the automotive industry. For suppliers, it is therefore not so much the size of the company that is important, but what contribution it can make to the transformation process. We are questioning tried-and-tested drive technologies on the part of the legislator, and it is impossible to implement new ones without linking them to infrastructure projects and solving the question of power generation. This opens up completely new possibilities in addition to pure powertrain development.

Vehicle connectivity enables completely new business models, services and interaction with drivers. Many new players are currently establishing themselves in this segment by supporting vehicle manufacturers and third parties in setting up these services. Many suppliers will also get involved in this. Autonomous driving is unthinkable without new technologies such as high-performance computing, cyber security, artificial intelligence, sensors for monitoring the vehicle environment and technologies for precise positioning. All this offers a wide range of new applications for existing and new suppliers.

Everyone must therefore ask themselves about their own contribution to the transformation process, and what expertise and cooperation models are required. The search fields are not limited to the established players in the automotive industry. IT providers such as NVIDIA are now also gaining access to the car, simply because processing image data from vehicle cameras today requires technology and computing power that was previously mainly used in the gaming sector.

FS – In the case of autonomous driving, the technology does not just come from the vehicle manufacturer, who is usually only the system integrator; the technology, components and software come from the supplier. I’m also always surprised when people say that the Americans have a clear lead in e-mobility and autonomous driving. Even a Tesla contains a great deal of technology from European suppliers. The Americans’ lead is mainly due to the higher number of kilometres driven and the data and experience gained as a result. But it doesn’t have to stay that way.

Q – VW Head of Purchasing Stefan Sommer demands a sustainability certificate from suppliers. Is this necessary?

FS – Many members have announced their own targets with regard to CO2. Bosch, for example, has committed itself to carbon-neutral production worldwide as early as 2020. To this end, more than one billion euros has been invested in plants, buildings, renewable energies and green electricity. Suppliers have understood that clean mobility also involves the company positioning itself sustainably.

There are therefore many initiatives to ensure this sustainability. One of these is remanufacturing, i.e. the industrial reconditioning of faulty parts for reuse as spare parts in the aftermarket. This conserves resources and saves CO2. We want to further simplify and expand this circular economy. Suppliers are supporting EU projects to expand the circular economy and also the Circular Car Initiative, which was created as part of the World Economic Forum and will be officially launched in Davos in 2020.

Q – In the aftermarket we have a comparable situation, data and connectivity… what does this mean for independent garages?

FS – The good news is that we will continue to need garages, mechanics and mechatronics technicians for repair and maintenance in the future. The question is, how will garages get technical information, access to diagnostics and qualified staff in the future? And can they manage the investment in training, testers and garage equipment? Even relatively simple repairs are already presenting many with considerable challenges.

One example here is the replacement of a windscreen or a bumper. In both cases, sensors or the camera must be recalibrated to ensure the proper functioning of safety-relevant systems. Expertise in the field of ADAS – Advanced Driver Assistance System – is indispensable for garages. This will not happen without investment in training, testers and software, which will not be possible for all garages. The consequence will be that small businesses will merge into large ones. So there will be consolidation of the market in this area as well.

Q – How will garages get their orders in the future?

FS – Manufacturers have all rediscovered the aftermarket and are pursuing a strategy of massively expanding this business. The aim here is not just maintenance and repair, but also the sale of services over the lifetime of a vehicle. The aftermarket is therefore currently being redefined and the primary goal of vehicle manufacturers is to recover segment II, i.e. the four to eight-year-old vehicles that are now mostly repaired and maintained by independent garages.

However, vehicle manufacturers have greatly thinned out their service networks in recent years and are thus limited in capacity. Since these cannot be expanded at will, it may lead to new collaborations between independent garage concepts and vehicle manufacturers and it is conceivable that the vehicle sales and service will operate separately on the market in future.

Q – Don’t the big brands have the better prerequisites when it comes to retaining their customers through connectivity and data right from the start?

FS – Yes, definitely. Today, communication with the vehicle is handled exclusively by the vehicle manufacturer. With e-Call – the digital emergency call – the legislator has permitted something to happen that has resulted in the connectivity interface coming as standard in all vehicles. e-Call alone does not change market access, but the resulting connectivity solution, with the routing of all data to and from the vehicle via the vehicle manufacturer as the so-called gatekeeper, does. This affects everyone from insurance companies to ADAC, which sees its existing business model being threatened by the preferential data access on the part of vehicle manufacturers. In Brussels there are fierce debates on this issue and CLEPA is also very critical of the role of a gatekeeper, whoever performs it.

Q – What role does e-commerce play in terms of spare parts today?

FS – Amazon already generates over eight billion dollars globally from the sale of spare parts and accessories, and e-commerce players are increasingly gaining a market share in Europe with their range of products. However, all e-tailers have the problem of sustainable supply across the entire range, which is of great importance for garages, and are increasingly entering into cooperation agreements with wholesalers.

And e-commerce is not limited to the supply of spare parts, but also increasingly includes the provision of services. This involves so-called service aggregators, which position themselves between the garage and the end customer and manage the repair and maintenance work for the end user, often at a fixed price with corresponding additional services and guarantee. However, this again draws a margin from a declining market.

Q – Is there another factor driving the change?

FS – In addition to the further development of vehicle technology, the environment of the aftermarket in particular is changing. The parts trade is consolidating at an unprecedented rate. A lot of American capital is invested in Europe and LKQ is now the largest parts dealer in Europe following the acquisition of Stahlgruber and Rhiag. GPC, known in Europe as AAG, and Uniselect are also active in Europe.

For suppliers, this means increasing pressure on conditions and some are wondering whether the independent aftermarket will remain an attractive distribution channel. The purchasing methods and volumes applied no longer differ significantly from those of the vehicle manufacturer as a distribution channel.

This article was published in the Mobility & Logistics News of Messe Frankfurt.