Stewart will leave his role at the end of July after more than 30 years of service with the company. 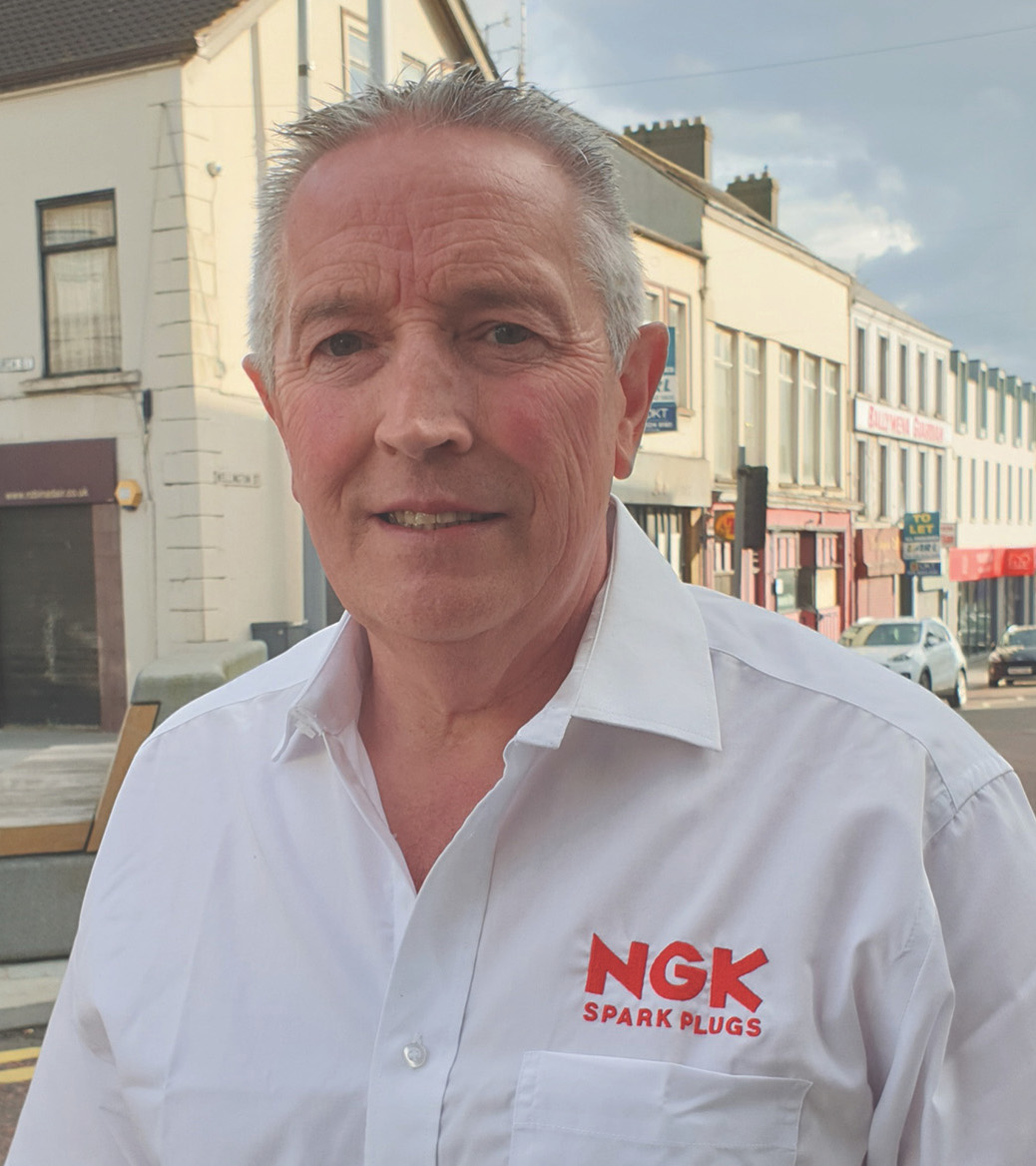 He has helped establish the ignition and sensor specialist’s brand in Ireland since 1989 when he joined from the Isaac Agnew Group’s Tyre Division, having previously been employed by Michelin who he had joined after leaving school in Ballymena.

When Stewart started as a sales representative, NGK was a relatively new brand in the market-place with P R Reilly its sole NGK distributor in the Republic and he spent many years driving around garages and motor factors promoting NGK throughout Ireland with many early starts and late nights.

Stewart was appointed area manager for Ireland in 2003 in recognition of all his hard work on behalf of NGK in Ireland where it is now a leading supplier of spark plugs, glow plugs and NTK Lambda and assorted engine management sensors.

During his career he has enjoyed many trips with the company including a visit to Nagoya in Japan, where NGK has its headquarters, to see the production facilities where he was struck by how much emphasis was put on the quality of every single product.

He said: “Right from the first one they have all been a great success. The Japanese directors always loved to come over to Northern Ireland, receive a traditional warm welcome, enjoy a round of golf and experience the ‘craic’ with the loyal NGK customers.

“It was one of the favourite days of the year for them, with the next year’s date being one of the first entries in their diary.”

Stewart added: “I have met many wonderful people and customers, worked with many great colleagues, visited many marvellous places. Many including former Japanese colleagues will remain friends long after I finish at NGK, a company that became part of my everyday life for 32 years.”