Fourth and fifth places in the two weekend races at Brands Hatch secured sixth place for the Yorkshireman in the overall championship. 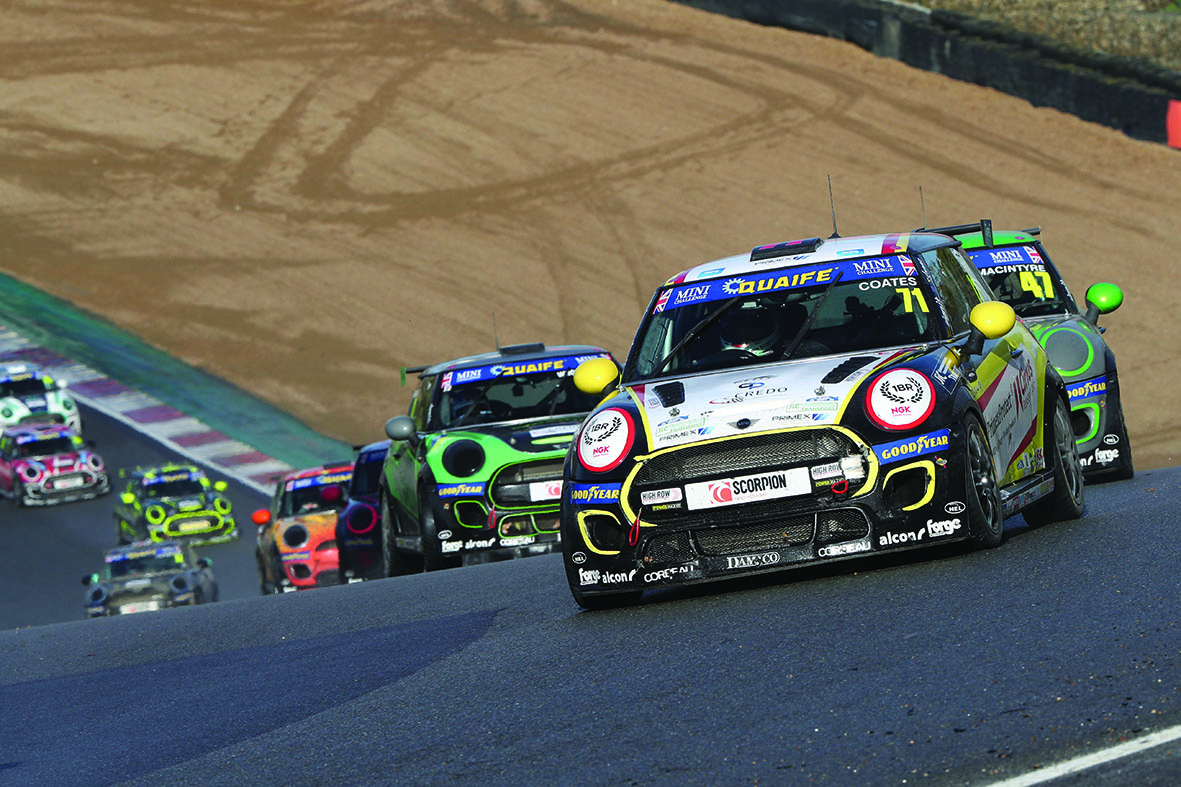 The Elite Motorsport team driver was on pole in the first wet race of the season but didn’t make the best start when a huge slide nearly put him into the gravel, falling back to sixth place on the opening lap but then battling back through to fourth after a third tour of the Brands Hatch Indy circuit.

Coates then began to apply pressure on the podium positions but couldn’t find a way through. His pace fell as the race progressed and he became under pressure from behind, eventually losing a position back to fifth where he remained to the chequered flag.

In race two Coates started sixth on the grid but immediately set about gaining positions from the start. Over the first two laps he battled with other drivers and sat in fifth place as the race entered a lengthy safety car period. With just a lap to go after the safety car, he battled for the final podium spot but finished in fourth position.

He said: “It was great to take our first pole position of the season at Brands Hatch and it felt like we were going to end on a real high. Unfortunately, it didn’t go that way in race one and that was all my own doing. I’m pleased with our solid results this weekend and we round out the championship sixth overall. It’s been a pleasure to be part of the Elite Motorsport team this year and I look forward to developing my relationship with them.”

Coates – who thanked NGK Spark Plugs (UK) Ltd and his other sponsors for their support this season – said he would now consider his options for the 2021 race season.

NGK Spark Plugs (UK) Ltd marketing manager Mark Hallam said: “Max has performed very creditably this season and has provided lots of thrills for all our customers who are motorsport fans. I’m sure they will be looking forward to following him on the track next year.”