Motorcycle racing stars have been out in force on the NGK stand at the Motorcycle Live Show at Birmingham’s NEC.

Isle of Man TT legend John McGuinness and Speedway stars Robert Lambert and Dan Bewley attracted big crowds to the ignition and sensor specialist’s stand on the first day of the show on Saturday (November 19) when they met fans and signed posters.

NGK is renowned on the two-wheel bike scene both on the road and in the motorcycling racing arena where its spark plugs have helped the World’s top teams and riders to numerous victories. 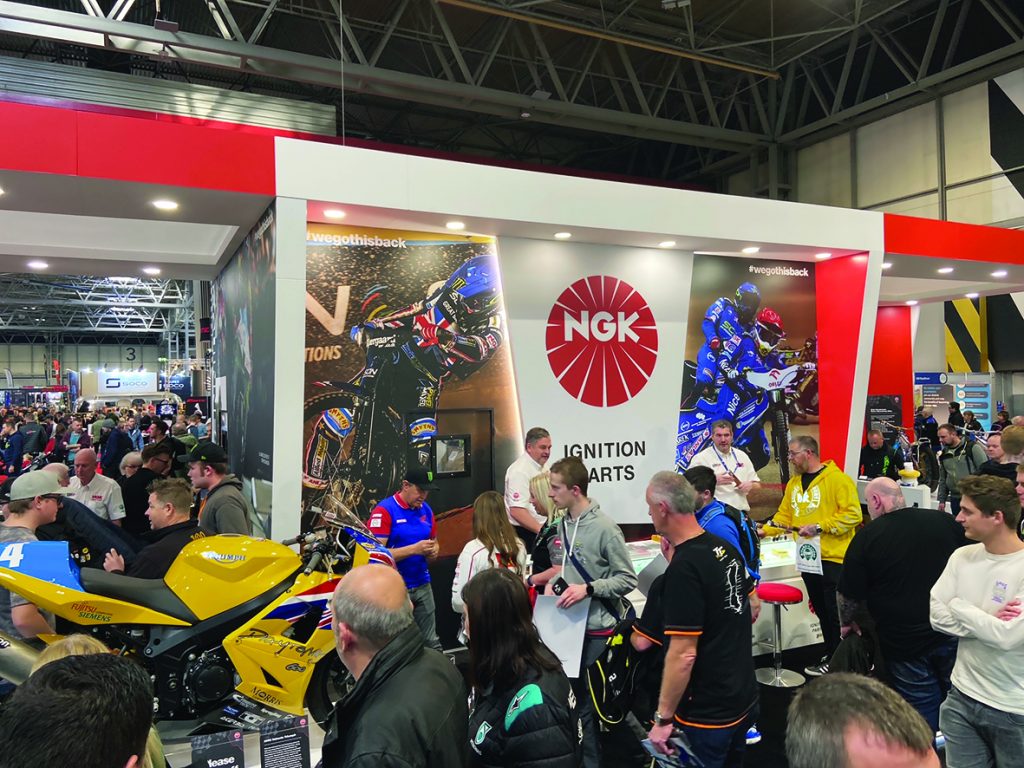 Mark Hallam, Marketing Manager, NGK Spark Plugs (UK) Ltd, said: “John, Robert and Dan each have a massive fanbase in the country and it was great to host them on our stand, meeting and greeting their supporters. Other racers are also expected to visit us over the course of Motorcycle Live which runs until Sunday, November 27.

“The show is already proving to be a great success with many motorcyclists who have our spark plugs fitted on their own bikes coming on to the stand to meet us.”

McGuinness, who this year made his 100th start at the Isle of Man TT where he has won a staggering 23 times, has three of his iconic bikes on the NGK stand which also features a collection of Speedway bikes including machines owned by English stars Lambert and Bewley, who finished fifth and sixth respectively in this year’s World championship, and ones ridden by former three-time World champion Erik Gunderson and ex-rider Garry Stead.

Staff were also on hand to sell merchandise and sporting memorabilia to visitors to raise funds for Macmillan Cancer Support and there was also a stand tribute to its sponsored motorcycle star Chrissy Rouse who tragically died from injuries sustained in a crash during the Bennetts British Superbike Championship meeting at Donington Park last month, aged just 26.