Two young drivers from Kildare and Co Derry have won Irish motorsport’s most prestigious honours at an awards ceremony in Dublin.

Josh McErlean was named Young Rally Driver of the Year, while James Roe Jnr, a runner up in 2018, went one better this year by winning the Young Racing Driver of the Year award, at the event in the Citywest Hotel. Both drivers will receive support worth a total of €150,000 for the development of their careers during the 2020 season.

The International Driver of the Year award went to Callum Devine, from Co Derry. 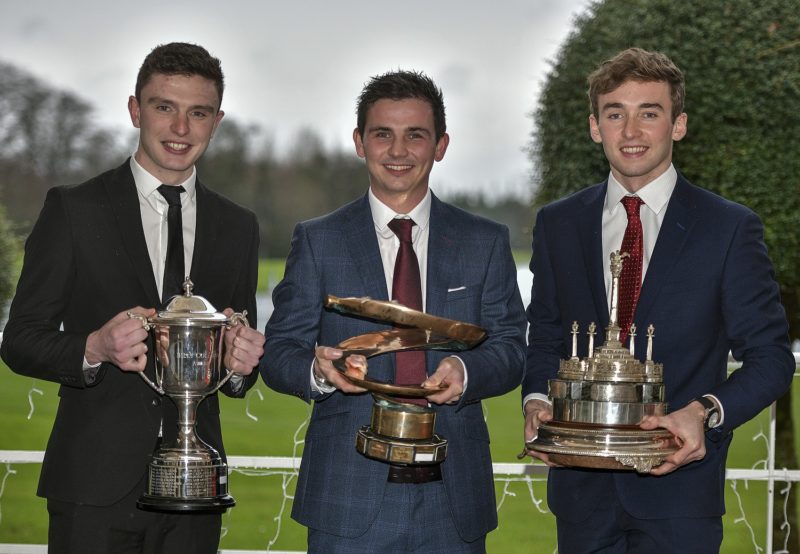 More than 30 trophies were presented at the MIS Motorsport Champions of Irish Motorsport Awards to Irish drivers competing both domestically and internationally. The highlight of the event was the presentation of the prestigious Billy Coleman Award, the Sexton Trophy and the International Driver of the Year award.

The Billy Coleman Award for the Young Rally Driver of the Year was won by Josh McErlean from Kilrea, Co Derry. He was nominated for the award for his performances in the period January to April of this year.

Josh went on to win the Junior British Rally Championship in his Peugeot 208 R2 following victories in the West Cork, Pirelli International and Ulster rallies.

Josh is in his second year studying Mechanical Engineering at Ulster University. He now joins an illustrious list of winners of the Billy Coleman Award, which includes World Rally Championship driver Craig Breen and this year’s winner of the International Driver of the Year award, Callum Devine.

As part of the award, Josh will receive support to the value of €100,000 for the 2020 season. This consists of €50,000 funded by Sport Ireland and Motorsport Ireland, and a further €50,000 pledged by the Team Ireland Foundation.

Roe has been carving out a career in the United States in recent years and has been focusing on the F3 Americas Championship Powered by Honda this year, where he picked up a win in Road America on his way to claiming fifth place in the championship. Roe’s results also helped his Global Racing Group team win the Team Championship.

The Manley Memorial Trophy for the International Driver of the Year went to the 2017 Billy Coleman Award Winner, Callum Devine.

It comes after a string of impressive performances in their Ford Fiesta R5 powered Callum and co-driver Brian Hoy to victory in the FIA Celtic Trophy. Those performances also earned Callum the opportunity to drive for Hyundai Motorsport in the final round of the European Rally Championship (ERC), Rally Hungary, last month. In a new car, on a new event, in treacherous conditions, Devine claimed 3rd overall on his debut at ERC level.

The winner of the International Driver of the Year award is selected by the motorsport media and it is presented to an Irish competitor from the 32 counties who has not only proven to be a success in competition but also has acted as a positive role model and ambassador for the sport.

The Neil Shanahan Memorial Trophy was awarded to TJ McDonnell, from Belfast, who became National Junior Kart Champion in the IAME X30 Class.

The FIA Celtic Trophy was won overall by Callum Devine and Brian Hoy. The competition is spread over five International rallies in the UK and Ireland.

The Ivan Webb Memorial Award for the Most Outstanding Contribution to Irish Motorsport went to James Coleman, from Carrick-on-Suir, who has been an integral part of the Irish motorsport community for many years and a huge supporter of motorsport as an organiser, marshal, club official, committee member, competitor and sponsor.

The JC Millard Memorial Award for Club person of the Year went to Sara McFadden, from Co Mayo, for her contribution to the sport. Over the last year she has promoted the more positive side of the rally world and encouraged people of all ages to get out there and to try new things, particularly those with special needs or disabilities.

Speaking at the awards, Motorsport Ireland President John Naylor, said: “I want to congratulate all the prize recipients at this year’s MIS Motorsport Champions of Irish Motorsport Awards, especially the Coleman and Sexton trophy winners. Over the years, we have seen how important these awards are in shaping the career path to professional motorsport. Previous winners are participating at the highest levels of motorsport both domestically and internationally. I can be quite confident in saying that with the winners announced today, the future of our sport is in safe hands.

“Alongside our partners in Sport Ireland and Team Ireland, Motorsport Ireland is committed to supporting and developing drivers and providing them with every opportunity to succeed at the highest level.”

Graham Stoker, FIA Deputy President of Sport, said: “It is a pleasure to attend the Awards and to see first-hand the great work that Motorsport Ireland is doing to grow participation in the sport. A major development goal of FIA is increasing motorsport participation and I am encouraged to see more Irish drivers than ever emerging and participating in international events. Looking at the quality of the winners here, you can see why.

“The Billy Coleman Award and Sexton Trophy are recognised internationally and can be a fantastic opportunity for the winners to further their careers. I was speaking with some of the judges and found that the talent emerging in Ireland will result in many more Irish men and women becoming involved in the top echelons of the sport well into the future.”

Minister for Tourism and Sport, Brendan Griffin said: “I am delighted to present the awards today to these deserving winners, who have shown great commitment and dedication to their sport throughout the year. They are an inspiration to all young drivers who wish to excel in motorsport.”