Juratek has been involved in the development of high quality braking components for passenger cars, light commercial vehicles, buses and coaches, since 1995 and is now one of Europe’s leading suppliers, but 2022 marks a new chapter in the company’s history as it embarks on a British Touring Car Championship program with Árón Taylor-Smith.

Taylor-Smith, who is a multiple race winner in the BTCC, returned to the championship in 2021 at the wheel of the all new Cupra which was designed and built by Kent based team, Team HARD Racing. The Irishman has accumulated nearly 20 podiums during his illustrious career in the BTCC and to this day remains the only Irishman to win a race in the championship in over 30 years.

The 32-year-old debuted in the series in 2012 and won a race in his first season, immediately marking him as one to watch for the future. Taylor-Smith continued in the BTCC for a subsequent five years before taking a sabbatical to focus on a GT program throughout Europe. 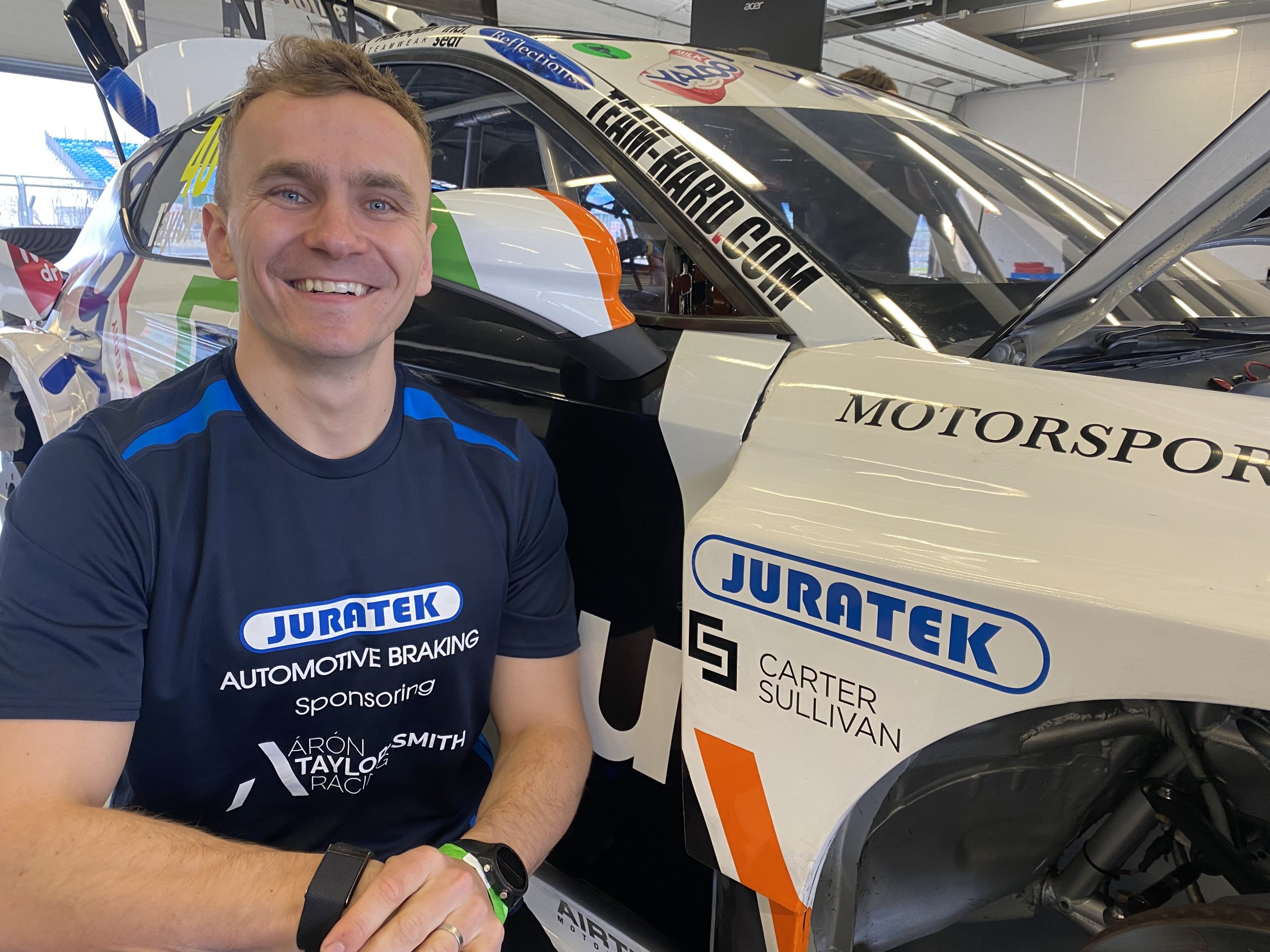 Last year saw him return to the BTCC for his seventh season to develop a brand new car and he did not disappoint upon his return to the championship as he regularly battled his way to the top 10 throughout the season. Now, with a season of development under its belt and a new engineering team spearheading the project the anticipation is mounting as the package is set to be one to watch this season.

New for the 2022 season will be the Juratek branding upon Taylor-Smith’s Cupra upon agreement of a new partnership for the Doncaster based company.

Taylor-Smith commented: “It is great to get the opportunity to represent Juratek for this coming season as I already know that they are a great fit within my BTCC program. The commercial benefits are second to none in what the BTCC has to offer but more importantly are the experiences that can be offered to clients and staff alike.

“I love how active Juratek already are as it’s a sign how successful the partnership will be. I really want to thank them for joining me this season and I can’t wait to have them all trackside very shortly.”

New for the 2022 season will be the introduction of the hybrid regulations, which will see all cars undergo a transformation as the series steps towards a more sustainable future. Taylor-Smith is well underway with an extensive pre-season test program ahead of the first race at Donington on 24th April.

A key part of the 2022 Juratek BTCC program will be centred on unique opportunities for the workforce and guests to experience the BTCC. They will get “behind the scenes” access to multiple race weekends and see a whole new side of what motorsport is all about courtesy of the new found partnership with Taylor-Smith.

Matt Leeming of Juratek added: “We have always had a close eye on the BTCC considering we are amongst the automotive sector but never had the right opportunity to enter the series. We knew that Juratek would be in great hands as soon as we met with Árón. His energy, enthusiasm and passion for his partners is brilliant and as a company we are excited to follow him throughout the season.”