UK parts distributor, FAI has its roots in motorsport and an association with the Le Mans 24 Hours that stretches back over the decades.

Fifty years ago, one of the factory Ford GT40s, driven by Jacky Ickx and Jackie Oliver, took victory at the Le Mans 24 Hours and DragonSpeed’s challenger – the Gibson-engined BR Engineering BR1 – evokes the spirit of that 1969 Le Mans victory.

Clothed in the famous livery of the Gulf Oil brand, as was the 1969 car, the sleek sports prototype is among the elite of endurance racing sportscars – the LMP1 category – and will, with support from FAI, battle against the might of Toyota’s star-studded factory team and other established names, like Rebellion and SMP Racing, in what is likely to be a fiercely-fought contest. 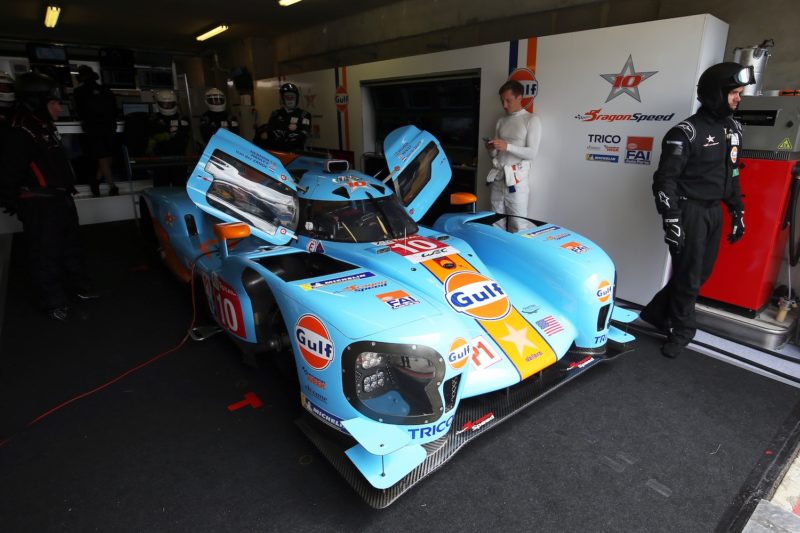 “When FAI was given the opportunity to partner with DragonSpeed’s LMP1 team on this, the 50th anniversary of one of the most memorable Le Mans’ of all time, it was certainly interesting, because FAI’s heritage lies in top-flight motorsport, and in top-flight motor racing it doesn’t come much bigger than the Le Mans 24 Hours, with 250,000 people spectating in the grandstands and millions watching on TV,” explained FAI Managing Director, Sean Walker.

“FAI is an established international automotive aftermarket parts supplier with a reputation for excellence, along with an understanding of what motorsport can deliver that is embedded in the company’s DNA,” enthused DragonSpeed Team Principal, Elton Julian. “We are genuinely excited to have them join us as part of our 2019 Le Mans challenge, and I hope this is the beginning of a partnership that will see us continue working together in the future.”

DragonSpeed is a multi-programme race team with a great sportscar racing pedigree, and this season it has become the first team to have secured LMP2 class wins in the WEC, ELMS and America’s IMSA series.
The race starts at 15:00 CET on Saturday, June 15.