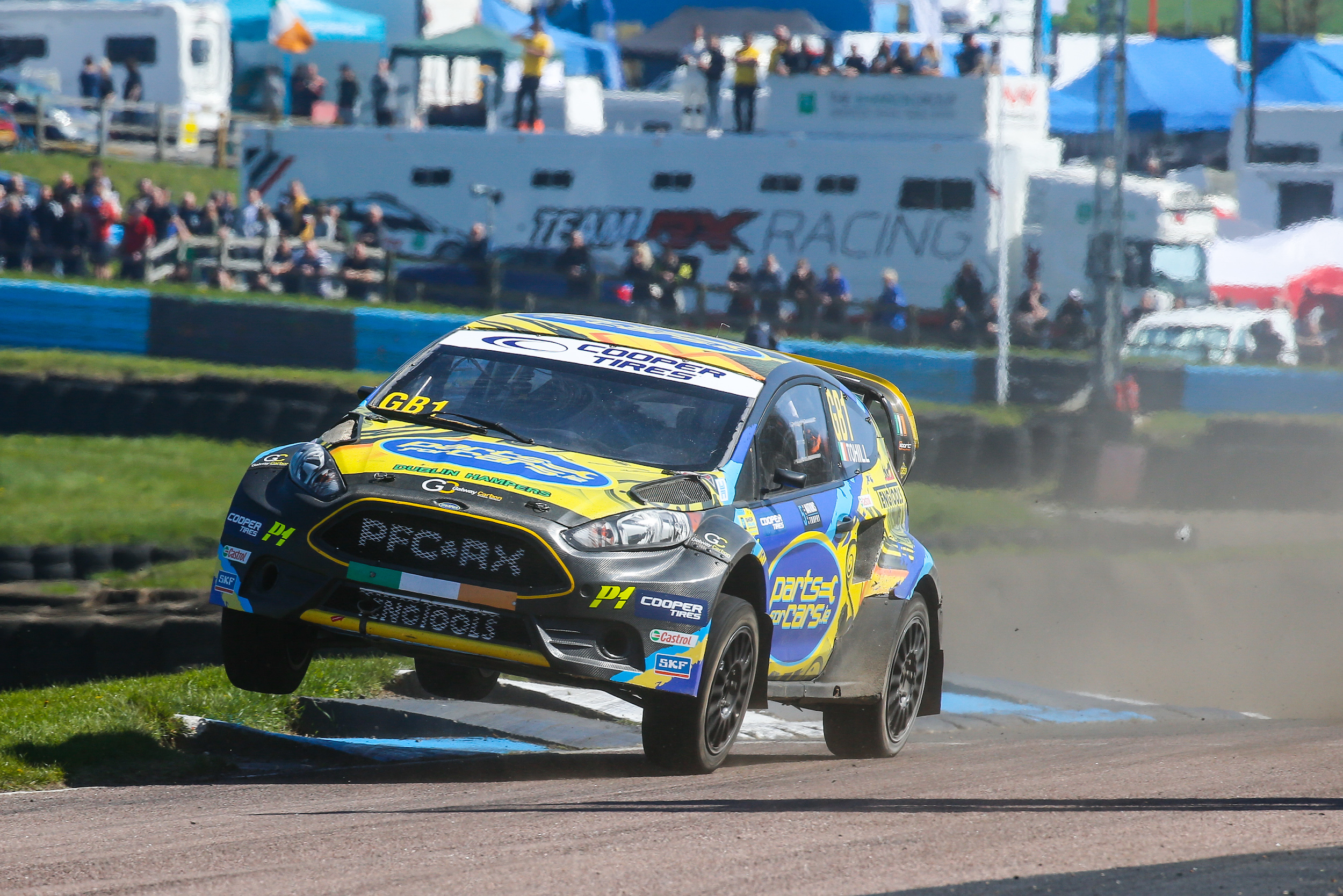 While Tohill was the top points scorer of the British Championship regulars at Lydden Hill, where he claimed a pair of podiums, Pembrey in South Wales proved to be a far more challenging weekend for the squad. But despite a number of issues, Tohill made it through the weekend and remains right at the front of the title fight, joint leading heading into Mondello Park this weekend.

The double European Rallycross Champion will be joined on the headline Supercar grid by some of the biggest names in UK and Ireland Rallycross, as not only does the double-header at Mondello Park mean another two opportunities to battle for wins and podiums, but it gives Irish rallycross fans the chance to see top drivers and machines in action, along with broadcasting the message to the wider automotive community, for the first time on Irish soil since 2017.

“I enjoyed the events so far at Mondello Park and Lydden Hill, but less so the rounds at Pembrey where we were missing some of the team, in addition to the latest configuration of circuit there not being one of my favourites, but all championships have venues you enjoy to different degrees – you can’t love them all!”

He added: “I’m really looking forward to the first home event I’ve had while competing in the British Championship at my local track. Mondello Park has been great to me over the years so I look forward to giving it everything at this mid-point of the season.

“The rallycross track will be different to what I am used to, as we tend to compete there when it’s damp or wet usually, plus we’ll have a lot more cars on track over the two days so the track evolution will be greater than ever.

“It will be great to have no ferries or flights, which gives us extra time to prepare. A home race in Mondello will be busy, and a big challenge for myself and the team to find the right rhythm, the pace will be fast and furious but are excited to welcome the British teams to Ireland in what should offer a great battle and entertainment for anyone that attends. I look forward to the show!”