Continental has said that future electric vehicles will gain additional range thanks to its new brake design.

The so-called Green Caliper, a newly developed brake caliper for disc brakes, is significantly lighter than previous designs and has a lower residual brake torque.

In combination with the brake disc, the lower mass – in individual cases up to five kilograms per brake – and the reduced friction between brake pad and disc contribute to increasing the range of an electric vehicle.

This major advance was made possible by targeted further development to meet the requirements of a brake in an electric vehicle, Continental says. 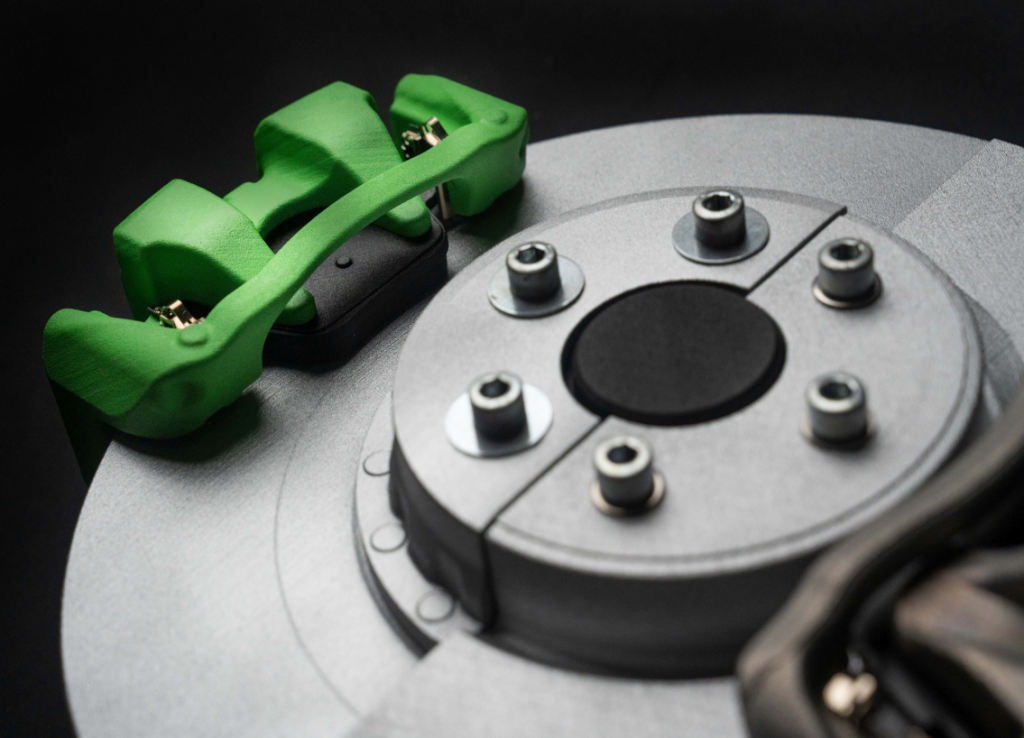 Unlike the brakes in a conventional vehicle, those in an electric car are activated much less frequently. This is because in over 80 per cent of all deceleration situations, the brake is not needed at all due to recuperation.

However, Continental says this does not mean that the Green Caliper has to be able to do less than a conventional brake caliper.

Because of the weight of the battery in an electric car, the deceleration performance of the brakes often has to be even higher. On the other hand, their thermal load is lower because the brake is used much less frequently.

And according to Continental, it is precisely for this changed requirement profile that the new brake caliper design has been optimised.

“Increasing efficiency is a primary goal in the optimisation of electric vehicles. The lower the loss of electrical energy, the greater the range of the vehicle,” says Dominik Hiss, head of product centre friction brakes, hydraulic brake systems at Continental.

“Brakes can make a contribution to this that has not been exploited to date. With the new Green Caliper, we are providing a production-ready technology that unlocks additional potential for the range of an electric car.”