In preparation of summer ‘staycation’ season, where family-friendly vehicles are likely to be a frequent visitor to workshop ramps, Comline Auto Parts (Comline) has revealed details of its new steering & suspension references.

The brand has pledged to grow its steering & suspension portfolio by more than a third throughout 2021 and continues its drive towards its goal with a burst of part numbers carefully chosen and developed to suit the Irish market. 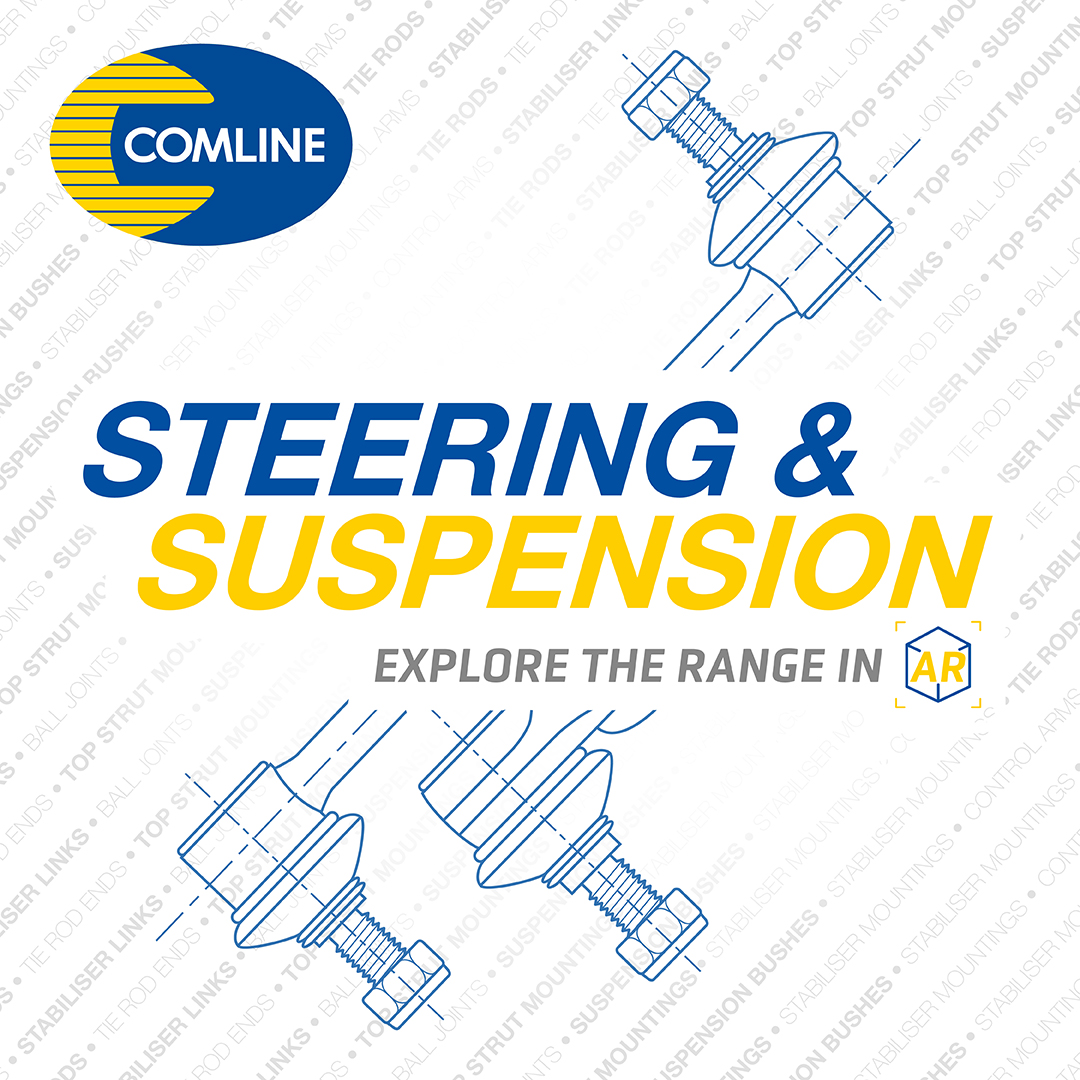 A variety of tie rod axle joints and stabiliser mountings are also available to access immediately, with details of every part number added to Comline’s portfolio available from technicians’ nearest Comline distributer.

Every steering & suspension component distributed by Comline comes with a three-year (58,000-km) warranty.

Comline claims each individual part has been scrutinised throughout the design and manufacturing process, clocking kilometre-after-kilometre of performance and reliability testing, in all conditions; for example, the raw materials that its range is made from comprises of all the necessary properties to perform in an extreme environment.

“Whether its traditional steel or more contemporary lightweight aluminium components, each Comline part is created with strength and durability in-mind,” a company spokesperson tells us.