In May a group representing the Irish accident repair industry and their motor trade partners took on the gruelling Climb4Cancer four peaks challenge to raise funds for the Irish Cancer Society. Climbing the highest mountains in each of Ireland’s four provinces over three days, the Climb4Cancer organisers described the event as an outstanding success on every level.

Frank Byrnes, of Frank Byrnes Autobody in Galway and one of the event organisers, commented: “The commitment and effort put in by all the walkers was inspirational. We asked all those taking part to raise a minimum of €1,000, but most of the walkers raised many times that amount. This event touched a cord with so many people and the support we received has been amazing. We’re nearing €50,000 and the money is still coming in!”

“In unseasonal and what can only be described as atrocious conditions walkers completed their four peaks challenge in fine style,” explained Climb4Cancer co-organiser Peter Daly, the Managing Director of Akzo Nobel Car Refinishes Ireland Ltd. “It was smiles all-round when friends and family met the 30 strong Climb4Cancer team as they arrived back in Fenton’s bar, at the foot of Lugnaquilla in Wicklow’s Glen of Imaal, after a weekend of high drama and achievement.”

The event began on Friday, in torrential rain, climbing Carrauntoohil in Co. Kerry by way of the aptly named ‘Devils Ladder’. The group was guided by Kerryclimbing’s experienced team, ensuring all walkers completed the challenge safe and sound. Conditions were so bad at the top that there was only time to quickly place the very moving daffodil and ribbon tributes before heading back down again to Cronin’s Yard.

Peter commented, “Here we enjoyed some of Essie Cronin’s hospitality and wonderful homemade sandwiches and apple pie. A quick change and everyone boarded the bus and headed to Galway where the staff of the Clayton hotel pulled out all the stops and spent the night helping the walkers dry their gear.”

The next day proved to be the longest of the challenge with an early 6am start. The team headed for Connemara before climbing Connacht’s highest peak Mweelrea. This proved to be a tough climb in what was the best weather to be seen during the three day challenge. After the climb it was back on the bus for the six hour journey to Newcastle Co. Down, for the penultimate climb of Slieve Donard on the Sunday morning.

It was in driving wind and rain once again that the walkers climbed Slieve Donard, grateful for the shelter offered by ‘Mourne wall’ as they neared the summit. “But the drama didn’t end there,” continued Peter, “Leaving Donard Park on the bus journey to Wicklow, the last mountain, the bus broke down – not once, but twice! The second occasion signalled what might have been the end of the challenge in any other circumstances but not on this bus – packed full of autobody repairers and mechanics, all Climb4Cancer participants. They scrambled off the bus and set about running repairs, with tools borrowed from a local mushroom farmer, and we were soon under way again!”

After a slightly delayed arrival in the Glen of Imaal the Climb4Cancer team were accompanied up Lugnaquilla by a large group of hardy supporters, who turned out despite the appalling weather. “Peter said: “Arriving at the top of Lugnaquilla was an emotional end to an unforgettable weekend with an amazing group of people. This is a serious challenge at any time, but who could have thought that we would have had such terrible weather in May, but all of the Climb4Cancer team pulled together and we did it! An extraordinary team achievement with everyone playing their part, which makes me very proud to be part of the Irish motor trade and the accident repair industry in particular.”

Finally, all the Climb4Cancer participants would like to thank all those who supported them with words of encouragement and donations. There were so many it’s impossible to list them all. Frank concludes: “Perhaps the words of Gerry Duffy, a long distance endurance athlete and motivational speaker, who addressed walkers at the midway point of their challenge says it all – Have no doubt what you have done will save lives.” 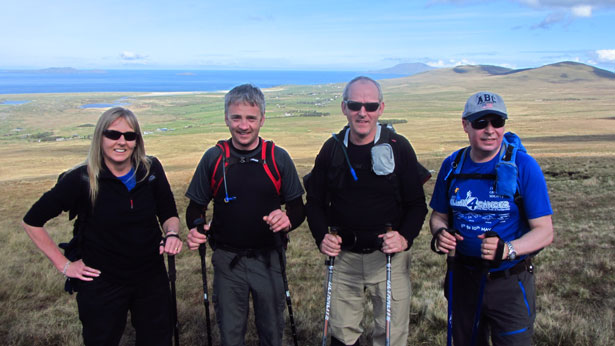 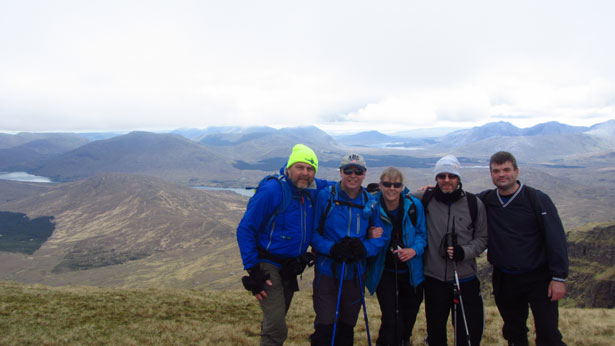 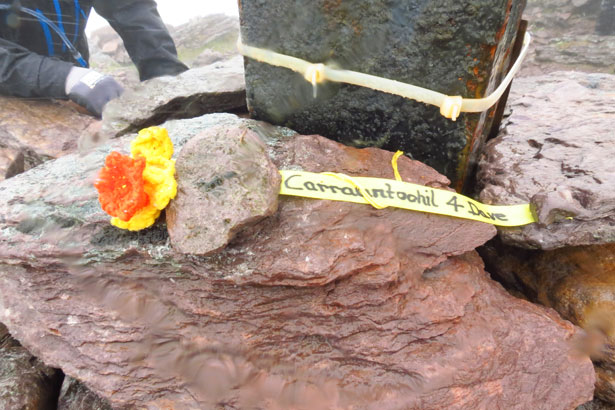 Daffodil and ribbon tributes. This one is for Dave Pegman of the Motor Body Workshop

Daffodil and ribbon tributes. This one is for Dave Pegman of the Motor Body Workshop 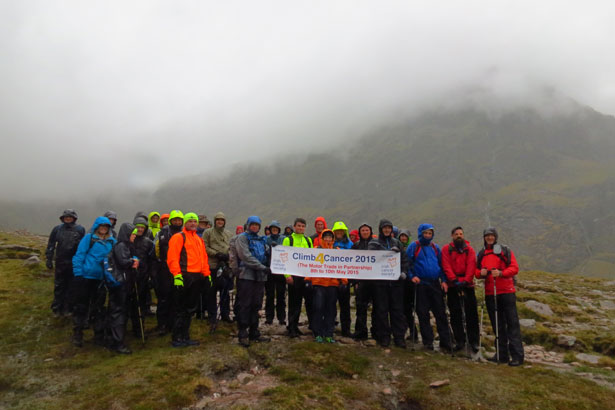 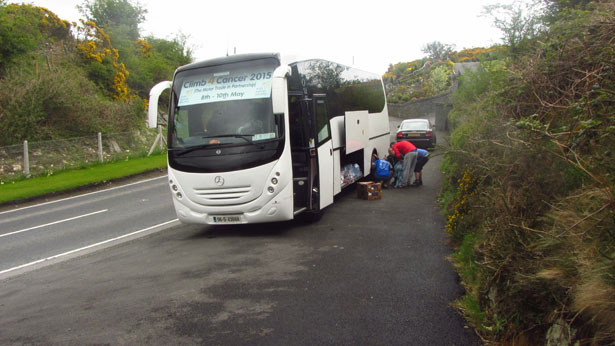 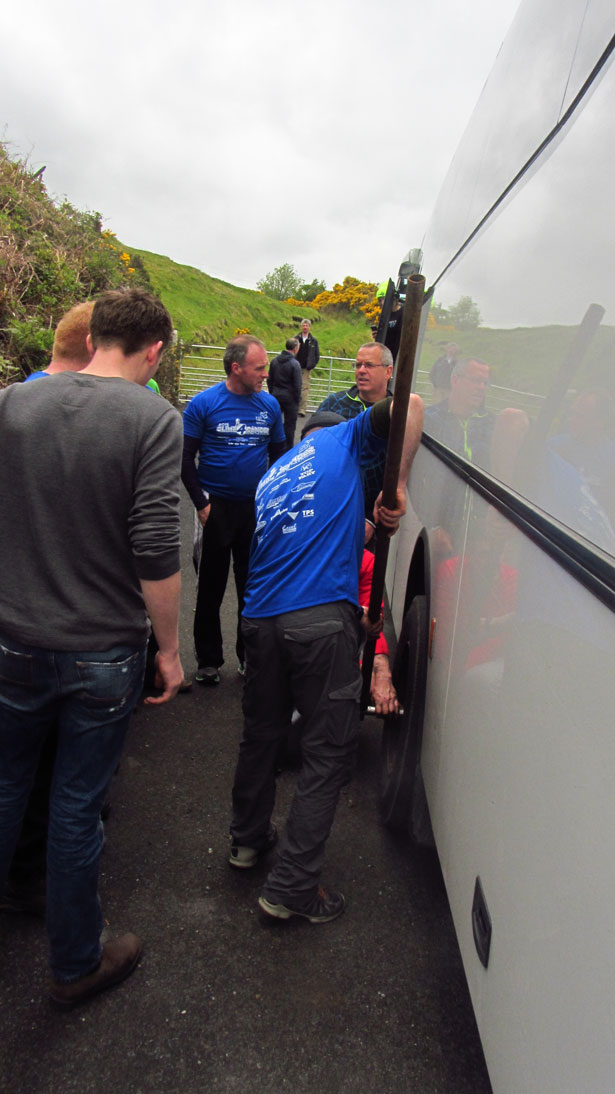