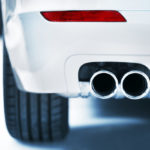 The theft of catalytic converters (CATs) continues to grow, with vehicles that have good ground clearance being particularly vulnerable because of the relatively easy access to these valuable components.
Read More

Klarius has started the New Year by re-introducing a large portion of the company’s extensive catalogue of premium quality Catalytic Converters.
Read More

European Exhaust and Catylyst (EEC) has launched a brand new website site at www.eurocats.co.uk. The new website provides information on a wide range of applications, and will help to help educate technicians, factors and suppliers with advice from the the company’s technical team. Committed to providing the highest level of technical advice for the aftermarket,
Read More
The closure of Bosal’s manufacturing facility in the UK, will not impact on the Irish market, Philip Flanagan, Managing Director of Bosal Ireland has confirmed.
Read More

Bosal Ireland has confirmed that it is unaffected by the recent announcement that Bosal UK has been placed in administration, and that it is business as usual.
Read More
We use cookies to ensure that we give you the best experience on our website. If you continue to use this site we will assume that you are happy with it.OkRead more