30 per cent of all new cars on Irish roads are now automatics. That’s according to new research on trends in the new car sales market for Q1 2019. 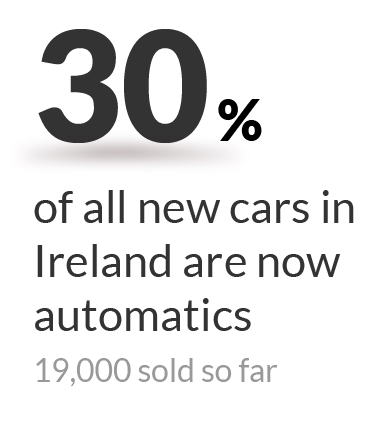 In the year to the end of March, over 19,000 automatics rolled off the nation’s forecourts – an all-time high for the transmission type. That’s an 83 per cent increase compared with the same time period 5 years ago when just 6,000 new automatics were sold in the state.

The best-selling automatic car makes in the opening three months of 2019 were Toyota, Audi and BMW with the Toyota Corolla, the best selling model of Q1. 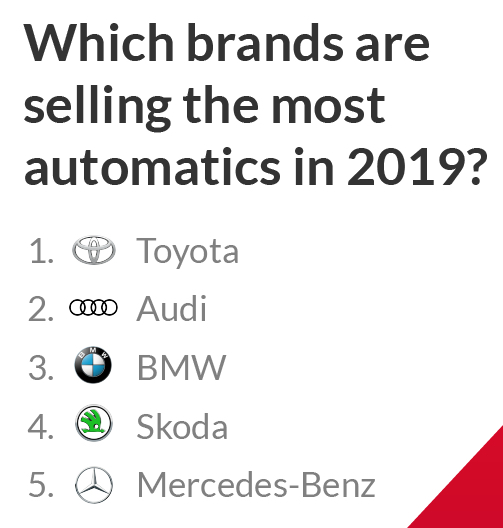 Martin Clancy from DoneDeal, who are responsible for the survey said: “New automatic transmissions are extremely intelligent. It’s now common to see seven and even eight gear transmissions which enable smooth and efficient driving, even at low revs. Therefore burning far less fuel and reducing emissions”

“It’s also worth pointing out that alternative-fuel vehicles, including virtually all hybrids and fully electric cars, tend to use automatic gearboxes. With the increase in alternative fuel vehicles, the number of automatics on the roads is sure to rise also”.

Diesel was the most popular automatic engine type, accounting for 47 per cent of the automatic market with petrol electric (26 per cent) and petrol (16 per cent) rounding out the top three.