This represents an increase of 18 deaths or a 13 per cent rise in road fatalities compared to 2021.

The figures were published by the RSA, following an analysis of provisional fatal collision reports from An Garda Síochána. 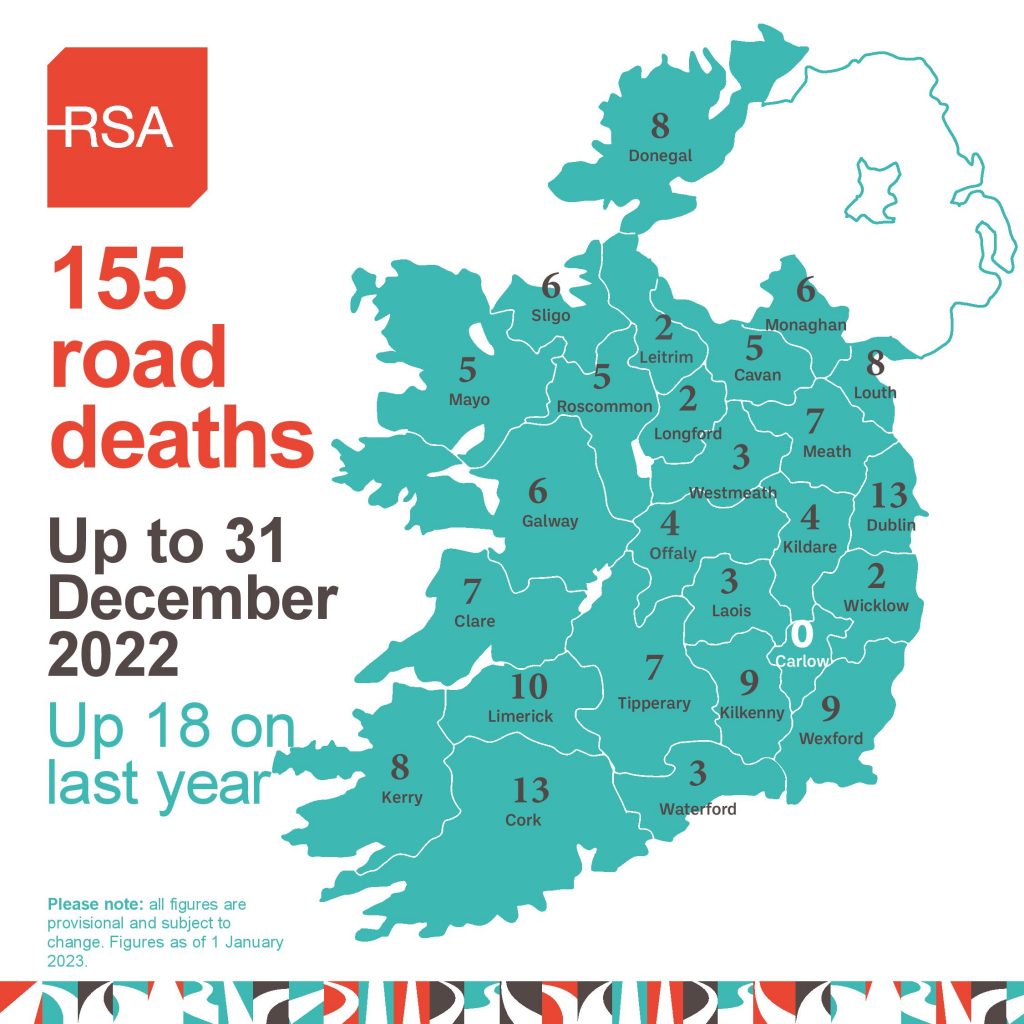 There were no recorded road deaths in Co Carlow in 2022.

Despite a decrease in the number of drivers killed (down 10), drivers still accounted for the highest proportion of fatalities at 39 per cent (60).

The number of passenger fatalities increased to 22, up four on 2021.

Where it was possible to establish the use of a seatbelt or not among drivers and passengers killed, a total of 19 per cent were found not to have been wearing a seatbelt.